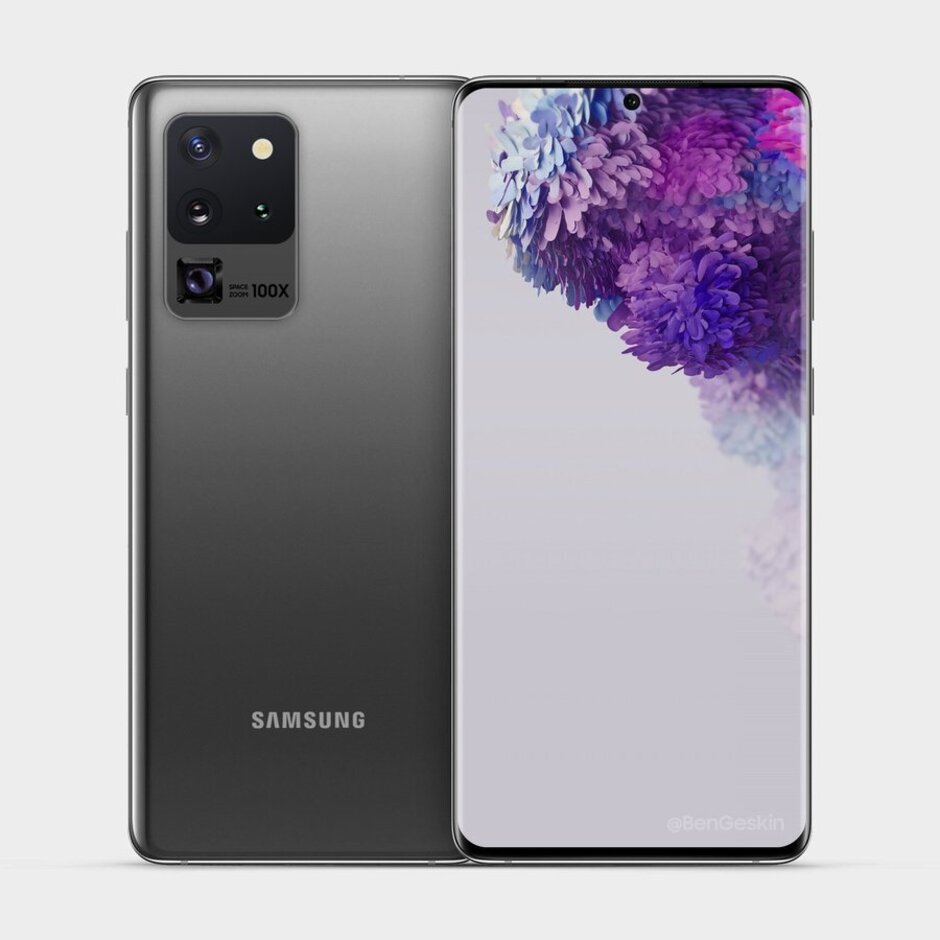 There is no question that the Galaxy S20 Ultra 5G is going to be a beast. Even those who normally wait for the Galaxy Note to launch during the second half of the year are going to be hard-pressed to keep their wallet in their pants. We expect to see the device equipped with a 6.9-inch Dynamic AMOLED display sporting a 1440 x 3200 QHD+ resolution. That works out to an aspect ratio of 20:9. A 120Hz refresh rate will allow users to enjoy buttery smooth scrolling and improved animation for mobile video games.

The Galaxy S20 Ultra 5G is pricey, but it gives consumers their money’s worth

The Galaxy S20 Ultra 5G will be powered by the 7nm Qualcomm Snapdragon 865 Mobile Platform (with a 5G Snapdragon modem chip) everywhere but Europe. In the latter continent, the Samsung Exynos 990 SoC will be under the hood without 5G capabilities. This is a major role reversal from previous years when the Galaxy S series would be equipped with an Exynos chipset everywhere but the U.S. You might recall that back in 2015, Samsung decided to power all Galaxy S6 models with the Exynos 7420 chipset because of concerns about overheating with the Snapdragon 810 SoC.

The rear module on the Galaxy S20 Ultra is exciting many consumers. First, there will be a 108MP Wide camera that will use pixel binning to produce sharper images with less noise. At the rumored 9:1 ratio, the sensor will produce what promises to be spectacular 12MP photos. There will also be a 48MP telephoto camera using a “periscope” to deliver 10x optical zoom and 100x hybrid zoom. The latter will be marketed as (imagine a deep announcer’s voice with a bit of an echo) “SPACE ZOOM.” In fact, the render that accompanies this article shows branding on the camera module that reads Space Zoom 100x. There will also be zoom-in-mic feature that zooms in to capture audio as the picture zooms in on a subject.

Also on the back, we should find a 12MP ultra-wide camera and a Time of Flight (ToF) depth sensor. The latter measures the time it takes for an infrared beam to bounce off of a subject and return to the phone. Armed with that data, the device will be able to calculate more accurate depth information to improve AR capabilities, provide more natural bokeh blurs on portraits, and even create secure 3D maps for facial recognition. The Infinity O display features a centered punch-hole with a 40MP selfie camera behind it.

Leaked specs reveal that the Samsung Galaxy S Ultra 20 5G will include 12GB of memory with 128GB/512GB of storage. A 1TB capacity microSD slot is said to be included. As for the battery, a monster this powerful is going to need plenty of juice and that will reportedly be supplied by a 5000mAh capacity battery that will support 45W fast charging. The phone will have an IP68 rating meaning that it is impervious to dust and can be submerged in nearly 5 feet of water for as long as 30 minutes. The phone will come out of the box with Android 10.0 pre-installed along with the One UI 2.0 interface.

The rumored pricing for the Samsung Galaxy S20 Ultra 5G starts at $1,099 and up. Pricey, yes. But it really feels as though Samsung is giving consumers their money’s worth.