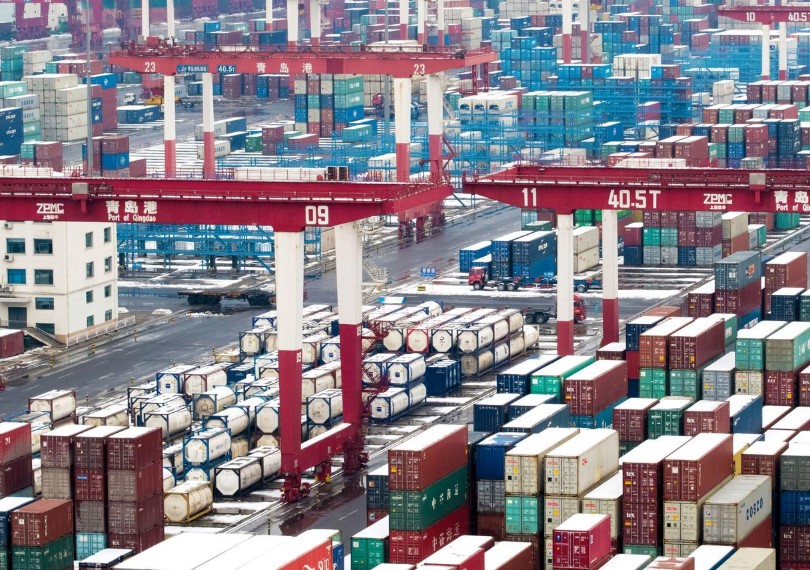 China’s exports rose for the first time in five months in December and by more than expected, signaling a modest recovery in demand as Beijing and Washington agreed to defuse their prolonged trade war.

The world’s largest economies are set to sign a Phase 1 trade deal on Wednesday, marking a significant de-escalation but not an end to a dispute that has rattled financial markets and weighed heavily on global business confidence.

China’s December exports rose 7.6% from a year earlier, customs data showed on Tuesday. The median forecast from a Reuters poll of analysts had been for a 3.2% rise in shipments, following November’s 1.3% drop.

Imports also surpassed expectations, jumping 16.3% from a year earlier and boosted in part by higher commodity prices. The Reuters poll had forecast 9.6% growth versus 0.5% in November.

While comparisons with a weak December last year flattered both figures, they also pointed to improving demand, both globally and in China, analysts said.

China posted a trade surplus of $46.79 billion in December, compared with the poll’s forecast for a $48 billion surplus, up from November’s surplus of $37.93 billion.

For all of 2019, its exports proved remarkably resilient to trade tensions, rising 0.5%, while imports fell 2.8%.

China’s trade surplus with the United States for December stood at $23.18 billion, according to Reuters calculations based on customs data, down from November’s surplus of $24.60 billion.

Overall sentiment improved last month after the two sides reached the Phase 1 deal, which is expected to cut tariffs and boost Chinese purchases of U.S. farm, energy and manufactured goods while addressing some disputes over intellectual property.

China’s Vice Premier Liu He is in Washington from Jan. 13-15 to sign the interim agreement.

However, analysts say the deal does not spell the end of trade tensions and the risk of further complications and re-escalation remains.

“Our judgment is Phase 1 will not put an end to Trump Trade Wars,” analysts with MUFG Bank wrote in a research note prior to the data.