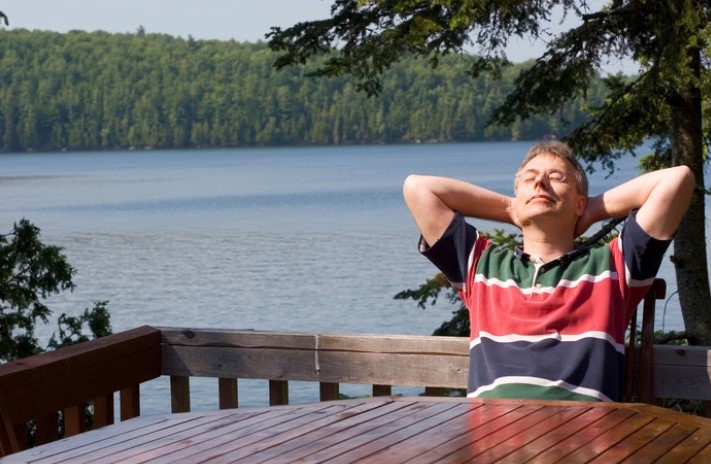 You work hard for your money throughout your career. In retirement, your money needs to work just as hard for you as you’ve worked for it, to cover your costs once you’re no longer collecting a paycheck. It’s a challenge to get to that point, but once you do, the freedom that comes from financial independence can be quite the game changer for the rest of your life.

That freedom puts you in control of your life in a way you’ve never before had, and the earlier you reach it, the longer you can keep it. With that in mind, here are five reasons to retire as early as you can.

No. 1: You only have so long to live well

The average life expectancy at birth in the United States is somewhere between 78 and 79 years. Hopefully, you’ll be among those who bring the average up, but even if you are, the reality is that we tend to slow down as we age, with health concerns and costs tending to rise the older we get. So the younger you’re able to retire, the larger the portion of your life — and your healthy life — that you’ll be able to spend enjoying your retirement.

No. 2: Someone is going to spend your money — it might as well be you

As the old saying goes, “you can’t take it with you.” Even then, it’s not entirely clear that you can successfully leave it behind for your loved ones, either. Unfortunately, if your goal is to establish a legacy that allows your family to live comfortably for the foreseeable future, chances are that future won’t play out the way you hoped. The vast majority of inherited money is lost by the second generation — and by the third generation, around 90% of family fortunes are gone.

The reality is that money is easy to spend, and large amounts of it can be quite tempting. That’s particularly true for people who never had to sacrifice to earn it. As Warren Buffett has famously said, the perfect amount to leave for your kids is “enough money so that they would feel they could do anything, but not so much that they could do nothing.″ So join the legions of people with the “We’re spending our kids’ inheritance” bumper stickers and enjoy the money you’ve spent your career earning.

No. 3: That famous deathbed regret

One of the most common regrets people mention on their deathbeds is that they wish they hadn’t worked so hard throughout their lives. All the money in the world won’t buy you much more time at the end of your life, but quitting work once you’ve reached “enough” can get you more time at the earlier end of your retirement. It’s during that early part of your retirement that you can build the antidote to that deathbed regret and experience the time with your loved ones that really matters.

No. 4: Even if you don’t quit, the fact that you can matters

Buffett is well into his 80s, is one of the richest people on Earth, and has indicated that he has no plans to retire in the immediate future. No matter what you may think of that decision, the reality is that he has found a way to get paid to do what he loves, and that allows him to enjoy his time in what otherwise would be his golden years.

If you had enough money to cover your needs, what would you do with your time? If the answer involves providing some sort of service for others, then there’s a chance you might be able to get paid at least a token amount to do that work once you retire. There’s no crime in working for pay once you’ve reached financial freedom, but you should take advantage of the fact that you can stop working for pay to find a job you truly enjoy. If that plan is good enough for Buffett, it’s good enough for you.

No. 5: To make the memories that will last well beyond your lifetime

Once you’re gone, your kids and grandkids will remember you for the time you spent with them and the experiences you shared together. That’s true even if those experiences were as low cost and simple as tossing a ball around the yard, or going for a walk together, or exploring a nearby park.

Still, for them to have those memories to cherish once you’ve passed, you need to be there with them to build those memories. That legacy — a legacy of love, time, guidance, and direction — is one that has the chance of lasting for generations and truly changing the course of your family tree for the better in a way that mere cash alone cannot.