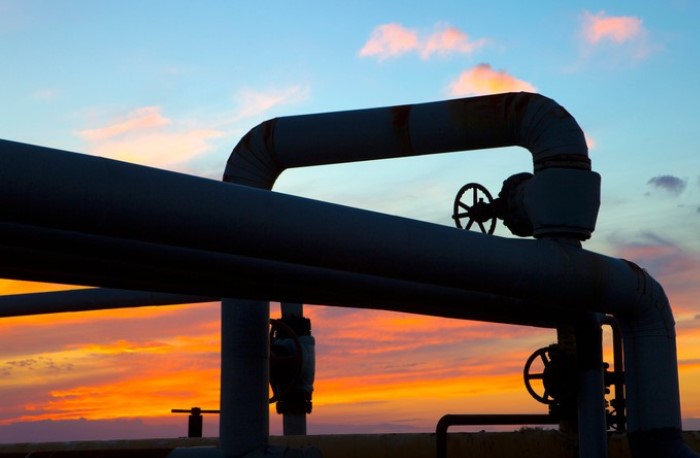 Oil prices have been all over the map this year. Overall, crude is up about 20% as it has started recovering from a deep plunge at the end of 2018, though it’s well off its highs. This volatility has hurt energy stocks, many of which have significantly underperformed the S&P 500 this year.

Some of the sector’s weakest performances, however, don’t make much sense. Leading MLPs Energy Transfer (NYSE:ET), MPLX (NYSE:MPLX), and Plains All American Pipeline (NYSE:PAA), for example, have all lost value this year even though their earnings have risen sharply. Because of that, they all look like excellent bargains this November, especially for income-seeking investors.

Scraping the bottom of the barrel

Units of Energy Transfer have fallen another 6% this year. That’s a head-scratching decline considering that the company is on track to grow its earnings by another 15%. Because of that, Energy Transfer’s valuation has plunged to a peer-low multiple of less than 8.5 times its projected earnings. That’s well below its peer group average of roughly 10 times earnings.

That decline has also pushed the MLP’s distribution yield up to an eye-catching 9.9%. What’s even more impressive about this payout is that Energy Transfer is currently generating enough cash to cover it by a super comfortable 2.0 times.

That’s giving it the flexibility to use its excess cash flow to pay down debt and invest in expansion projects, which set it up to continue growing in 2020. Meanwhile, the company’s improving balance sheet recently enabled it to make a needle-moving acquisition to bolster its presence in the oil market. Given Energy Transfer’s compelling blend of income, growth, and value, patient investors could reap a significant reward in the coming years.

Tumbling for no reason

MPLX’s unit price has fallen about 16% this year. That slump comes even though the company’s cash flow per unit has risen about 19% through the third quarter compared with the year-ago period. Driving that growth are the company’s expansion projects as well as the acquisition of sibling MLP Andeavor Logistics.

Its rising cash flow has allowed it to continue increasing its distribution, which is up 6.3% over the past year. Add that to the slide in its unit price, and MPLX now yields an enticing 10.7%. That payout is on a pretty stable foundation since the midstream company has covered it with cash flow by a comfortable 1.54 times this year. Meanwhile, it has a solid balance sheet with a leverage ratio right at the comfort level of most MLPs.

Because of that sound financial profile, MPLX has the financial flexibility to continue investing in new projects. One noteworthy recent addition is its investment in the Wink to Webster oil pipeline that should start up in 2021. Add that to its other projects, and MPLX should have plenty of fuel to continue growing its already sky-high payout or use its incremental cash flow to buy back some of its dirt-cheap units.

Plains All American Pipeline is having a banner year. The MLP, which is focused on oil pipelines, has beaten its forecast in each quarter this year. That now has it on track to grow its earnings by about 15% year over year. However, despite that strong performance, Plains All American’s units have shed about 7% of their value this year. That decline, along with a 20% increase in its distribution, has pushed the MLP’s yield up to 7.7%. That payout is on solid ground since the company is currently on track to cover it with cash by a comfortable 2.06 times this year. Add that to its rock-solid balance sheet, and it has plenty of financial flexibility to invest in expansion projects.

Plains All American Pipeline currently has several growth projects underway, including leading the construction of Wink to Webster. Most of its projects should come on line in the late 2020 to 2021 time frame, and significantly increase its cash flow. That will give it even more money to return to investors above its already attractive distribution.

Income and growth for a value price

All the volatility in oil prices this year seems to be weighing on the values of oil-focused MLPs even though it has minimal impact on their cash flow. Because of that, Energy Transfer, MPLX, and Plains All American now trade at dirt-cheap prices. Add their well-supported income streams to their growth prospects, and these energy companies could potentially fuel big gains for patient long-term investors who buy this month.