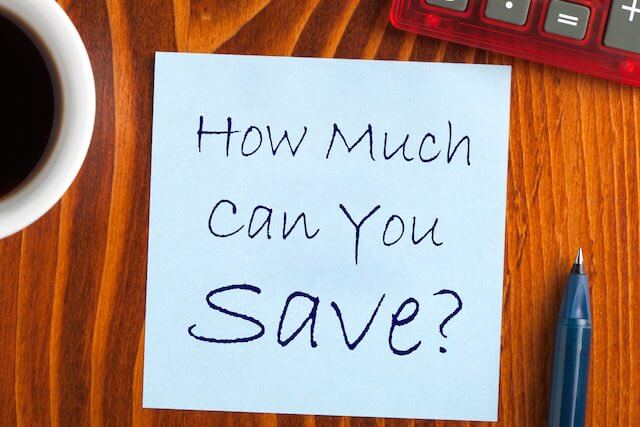 This would seem to be a reasonably straightforward question to answer. On the surface, it would appear a federal employee could add up his assets (TSP, IRA’s, savings, etc.) then subtract his debts (mortgage, credit cards, car loans, etc.), and voilà…he would have the result.

Not exactly! This will tell you your current net worth, but the question as to how well off you are would still remain unanswered. To answer this, you must shift your focus towards how much is actually needed for retirement.

“A MILLION DOLLARS!” Just mouthing the word “million” grants a satisfying sensation as it rolls off the tongue, and one million dollars is a large amount of money; I don’t care who you are!

Nonetheless, one million dollars does not provide the financial security that it used to. While it may be one of the goals some feds will shoot for, it might not be enough savings to sustain them throughout their retirement years.

Some of us more mature (sounds so much better than older, doesn’t it?) individuals remember when a million dollars was huge money.

In 1970, I was a young pup in a small farming community in East Central Missouri. I remember hearing about a neighbor who sold his farm and retired to Florida. The scuttlebutt was that he would walk away with a cool million and would never have to worry about money again. I don’t know what happened to that neighbor over the years, but there is a good chance he never did worry about money again.

I share this story to make a point: I wonder if we are sometimes guilty of seeing things through that old lens of yesterday, because without a doubt, a million dollars just isn’t what it used to be.

With the longer life spans we enjoy today, the maximum annual withdrawal amount from retirement assets (TSPs, IRAs, etc) generally accepted by the financial industry (as a kind of rule of thumb)is 4%The concept is, if no more than 4% is withdrawn each year, it will hopefully  carry one from retirement to the end of his life.

After taking inflation and investment risk into account, predicting the amount of income and savings needed to maintain one’s lifestyle during retirement is a daunting task.

1. Working later in life out of necessity

It is one thing to work late in life in order to keep active and maintain social interactions with others; it is quite another to work because there is more month than money.

2. Unable to maintain a desired lifestyle

In my experience, retired feds spend 10-20% less when they retire than they did while they were working. This expense reduction doesn’t appear to alter the retirees’ lifestyles. This type of savings is likely only a reduction in adding to retirement savings and work-related expenses and is an entirely normal and a satisfactory post-retirement outcome.

On the flip side, what federal retirees are looking to avoid is making cuts due to financial necessity and not organically or by choice. According to CNN Money, “One rule of thumb is that you’ll need 70% of your annual pre-retirement income to live comfortably.”

3. Moving in with family due to income issues

I love my kids and I cherish my grandchildren very much. Nevertheless, the thought of living in their homes late in life makes my stomach churn just a bit…Yuck! I understand many families find this arrangement pleasant and preferred, and I don’t mean to disparage them or their choice. It is just NOT for me.

So now what? We have identified several obstacles to learning how much you are worth which could be a critical component to any retirement plan, but please understand, these impediments probably won’t be the entirety of the hurdles most feds will have to deal with. Since we know that no two feds are precisely the same, your list of issues will almost certainly be different than others in your office.

There are tools and resources out there to help account for many of the more common barriers federal employees could share. Just a few of them are:

Ok, so maybe a million dollars can’t buy what it used to, and perhaps it has even lost some of its luster over the past 50 or so years. But it is still an admirable and worthwhile goal.

Here is a fun exercise. As a federal employee, you have more than just what you save for your retirement to look forward too. You also have a pension, and FERS employees may qualify for Social Security.

Do a little research to find out what your income will be from these sources when you retire. When you know those annual figures, divide them by 4%, and you will learn their values in whole dollars. For many readers, I suspect this number will be in the million-dollar-plus range.

The answer to how well off you are is identifiable and out there! However, be cautious not to fall into the trap of only learning your net worth.