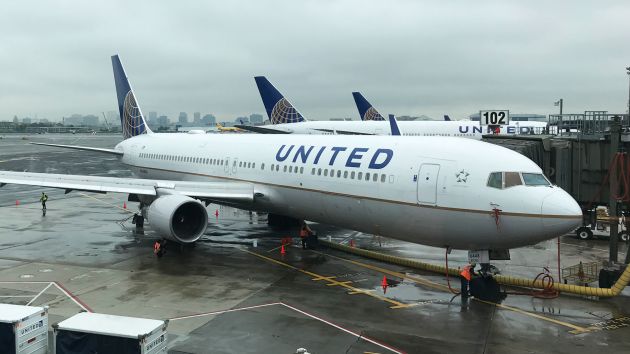 Check out the companies making headlines after the bell:

Shares of United Airlines climbed more than 2% during extended trading after the airline raised its full year adjusted earnings guidance range to between $11.25 and $12.25 per share. Analysts estimated full-year earnings of $11.87 per share, according to Refinitiv.

For its third quarter, the airline posted an earnings beat but fell short of expectations on revenue. United reported earnings of $4.07 excluding certain items, while Wall Street expected $3.97 per share. Revenue came in at $11.38 billion, compared to the $11.42 billion analysts anticipated, according to Refinitiv consensus estimates.

MGM Resorts shares rose 1% after the company announced that it will sell its Circus Circus Las Vegas property to an affiliate of Phil Ruffin, owner of the Treasure Island Las Vegas, for $825 million. The total sale will comprise $662.5 million in cash and $162.5 million in notes due in 2024, according to MGM’s press release. The deal is expected to close by the fourth quarter of this year, and MGM expects a third-quarter impairment charge of about $220 million as a result of the deal.

Separately, MGM also finalized an agreement to form a joint venture with Blackstone Real estate Income Trust and monetize its Bellagio real estate assets, valued at $4.25 billion. The joint venture will acquire the Bellagio real estate and lease it back to a subsidiary of MGM for an initial yearly rent of $245 million. MGM will get a 5% equity interest in the venture and approximately $4.2 billion in cash, the company detailed in a press release. PJT Partners and J.P. Morgan will serve as advisors to MGM.

J.B. Hunt shares slipped nearly 3% after the bell, following the company’s mixed third-quarter earnings. The transportation company reported revenue of $2.36 billion, exceeding the $2.35 billion analysts expected. Earnings increased by $1.40 per share, falling short of $1.45 per share expected, according to Refinitiv.

Shares of McKesson, AmerisourceBergen and Cardinal Health spiked more than 7% following a Wall Street Journal report that state and local officials are in talks with the three drug distributors to settle litigation over the opioid epidemic, according to people familiar with the discussions. The potential settlement requires the distributors to collectively pay $18 billion over 18 years. Drug company Johnson & Johnson is also reportedly involved in discussions to pay extra money.