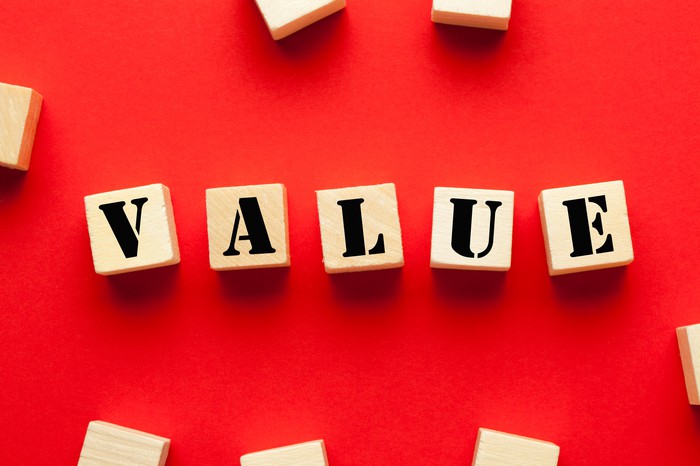 The stock market seems to swing wildly on every hint at how trade talks with China are going. It closed out last week on an upswing after President Trump announced he was suspending the next round of tariff hikes and said a substantive deal had been reached, though it would be implemented in phases.

While that’s good news for the economy and particularly for companies with lots of exposure to China, some stocks are still depressed and trade at cheap valuations. Columbus McKinnon (NASDAQ:CMCO), Kohl’s (NYSE:KSS), and Harley-Davidson (NYSE:HOG) are three companies that aren’t being appreciated for their potential.

A small-cap with room to grow

Industrial automation specialist Columbus McKinnon is engineering a turnaround that has gained some serious traction, meaning investors ought to be looking closely to pick up its discounted stock.

This country’s largest manufacturer of hoists, cranes, actuators, and other rigging tools has massively reduced its debt load over the past two years and reduced its net debt to just 1.77 times adjusted EBITDA, below its targeted net leverage ratio of 2 times. That now gives it some breathing room. For example, it funded its pension plan by making an annual payment of $7 million in the first quarter rather than paying for it over the course of the year as it did in fiscal 2019.

It remains confident that it can drive double-digit earnings growth in a low-sales-growth environment, something it’s experiencing right now, because the turnaround strategy it has is based on continued internal improvements. Net income jumped 141% from last year as margin expansion allowed it to maintain earnings growth.

To address the sales environment, Columbus McKinnon is expanding its market opportunities by entering the liquid natural gas and petrochemical industries with a new explosion-proof crane that has been certified in the U.S. With its expertise in lifts already established, it ought to make inroads quickly in these new markets.

Columbus McKinnon trades at just 10 times estimated earnings and goes for a fraction of its sales and expected earnings growth rate. And at 15 times the free cash flow it produces, it may not be a bargain-basement stock, but it remains attractively valued.

Mid-tier department-store chain Kohl’s has performed better than rivals like J.C. Penney and Macy’s, but that’s all relative when you consider Kohl’s stock is down 27% over the last 12 months.

Much of that has to do with the retailer not inspiring confidence that the changes CEO Michelle Gass is making will be enough to allow Kohl’s to swim against the tide. Consumers are shopping more online and visiting malls less, and the industry is seeing record numbers of stores close.

Yet Kohl’s is attempting to reshape how consumers think about its stores. First, many of its stores are freestanding or in strip malls not attached to traditional shopping malls, so it has more flexibility in how it merchandises itself. Among the changes Gass has implemented include divvying up unneeded floor space and renting out the remaining square footage to others. For example, Aldi supermarkets and Planet Fitness gyms have signed on to use the newly vacant space. By adding businesses that see a lot of foot traffic, Kohl’s is hoping to encourage some of those patrons to wander into its stores.

Kohl’s has also famously partnered with Amazon.com to serve as a return location for packages bought on the e-commerce giant’s website. Traffic surveys indicate the change is having an impact.

Yet Kohl’s stock is still depressed. Shares trade at less than 10 times next year’s earnings estimates, and they go for just 13 times its free cash flow. Kohl’s is thinking outside the big box on how department stores should operate, and if there is one retailer that can buck the tide, this is it.

Maybe not one to go whole hog on

Harley-Davidson (NYSE:HOG) is probably the riskiest stock of the bunch. Motorcycle sales have been in a multiyear decline as its core customers age out of the market, and younger bike buyers aren’t sold on its heritage of pricey, gas-powered machines.

The iconic bike maker has finally realized it needs to change, and it is in the midst of launching a high-performance electric motorcycle as well as planning to introduce smaller, lighter-weight, and cheaper motorcycles over the next few years. Plus it is developing very small motorcycles for the Asian market, partnering with a leading Chinese manufacturer to produce them for China.

The problem is there’s no guarantee the changes will work. Its LiveWire electric bike, which is just showing up in dealer showrooms, is very expensive at $30,000, and it might be a tough sell to millennial EV shoppers who’ve rejected Harley’s gas-and-grease bikes. Similarly, Harley has little standing in the small and medium-size bike market, where there are numerous other manufacturers with sizable market share. Overseas, sales of its big bikes have mostly held up, but it faces the same hurdles entering new markets that it does here.

Still, because Harley-Davidson’s fortunes have fallen so far, it would only take a couple of wins to change how the market views the company. And the possibility of a detente being reached with China over trade could boost the bike maker’s profits, which have been hurt by retaliatory tariffs.

Harley’s stock trades at less than 13 times earnings and less than 10 times next year’s estimates, yet analysts still forecast it will be able to grow profits at around 8.5% annually for the next five years. With shares trading for only 11 times free cash flow, this motorcycle leader is a cheap value but one investors should consider knowing the risks it faces.