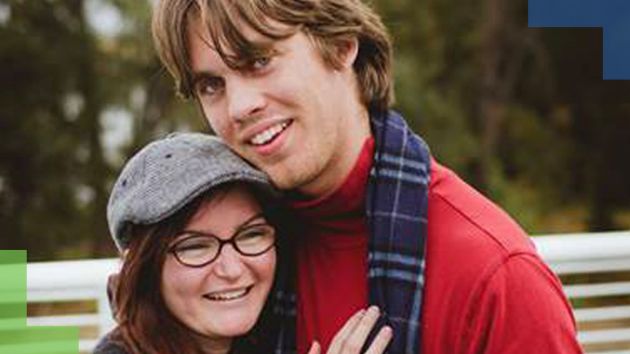 Relationship advice — “be honest, talk it over, respect each other’s feelings” — often goes right out the window when you’re in an actual relationship.

Take money. Who talks about it honestly? Who can have calm discussions when tempers are running high over someone’s spending habits?

“We don’t talk about money with anyone, even our partners,” said Ashley Gerstley, a money coach in Hoboken, New Jersey, who wrote “The 30-Day Money Cleanse.”

Yet learning to communicate about finance is a critical part of a successful relationship. Newlyweds or couples deepening their relationship can save themselves a lot of misery if they learn to talk about money.

Learning about money is a journey, Gerstley said, “and we often cheat ourselves by giving up too quickly.”

Mantras such as “I can’t save!” can become self-fulfilling prophecies when people take actions to prove these internal messages, Gerstley said.

People who are successful usually have a specific mindset: They believe they can improve and grow.

Some characteristics that define a person also define her finances. Moriah Joy Sollie, 21, and her husband, Rolf, have a shared vision. Between them, they bring in about $60,000. Yet they also manage to stay ahead of her student loan debt and contribute 15% of salary into their 401(k) plans.

Each month Sollie, an editorial assistant in Sacramento, California, and her husband pay $1,000 toward her student loan debt. (Her husband graduated debt-free.) They are also building an emergency fund with $100 a month and a car fund (also $100 monthly). What’s left over — about $2,600 — is theirs to live on.

In addition to the emergency fund and savings accounts, the couple also pays into an adventure fund. When they go to Texas at Thanksgiving, the travel costs come from that fund, as did their new dog and related veterinary expenses.

Although their financial habits aren’t identical — Sollie describes her husband as a huge saver, while she sometimes needs an occasional, unplanned treat — they have plans.

The couple uses an app to track their spending, and Sollie posts her monthly net worth on her personal finance website. “It helps me keep accountable and helps keep some of my spending habits in check,” she said.

Sollie’s husband is a committed saver: “He makes sure we know where our money is going.”

Even $20 or $30 can take a bite out of their budget. They generally have the money for whatever they want, Sollie says. Not communicating about spending is what throws things off-balance.

Since people tend to put off dealing with financial tasks, these half-finished items can cause stress. Gerstley recommends scheduling regular get-togethers for couples to go through the list — which, let’s face it, is going to be never-ending.

Instead of letting these conversations come up at random when they can pollute an otherwise good mood or cause fights, this method helps people put money in its place.

The money date is a catchall for anything, from “We need to call the bank about some fee” to revisiting a subscription that needs canceling. “Whenever something comes up, I add it to the agenda in the calendar,” Gerstley said.

You can look at expenses since the last time you talked, check on progress toward goals to see if you are saving as much as you want. Pain points are important: Maybe you’re spending way more than you’d planned on dining out. Scout a few strategies to cut costs, such as ditching appetizers, eating out less frequently or choosing a less expensive restaurant.

Discuss this, not money

It’s no wonder money is such a big issue, says David Baughier, 41. No two couples are alike, and each person in a relationship may have very different backgrounds, customs and ideas of what money means.

Instead of money, the most useful conversations come from talking about values, says Baughier, an instructor in military strategic planning in Chesapeake, Virginia, who has his own personal finance site.

“That’s where you’re going to find if there are major differences related to money,” Baughier said.

Those differences will definitely bleed into your finances. Trouble comes when a couple isn’t willing to negotiate to bring those values into better alignment.

“Ask what your perfect day looks like,” Baughier said. It’s a good starting point for two people to see what their life together could look like, and those idealized views will show people what’s important, what their values are.

If one person wants to travel and the other is a homebody, perhaps they can compromise: Maybe they travel for a week instead of two weeks. “Have that conversation to figure out a median that works for both,” Baughier said. The key is to find some middle ground, and the discussion shouldn’t try to find an all-or-nothing solution.

“The challenge comes when you have someone who’s too hard-headed, or someone who values the travel over the love they have for the other person,” Baughier said. Relationships start to crumble when you have finger pointing and blame.

Opposites not always a plus

Katie Patterson, 33, an engineer in Dallas, married at age 19, while she was still in college.

The couple’s different financial styles emerged quickly: Patterson graduated, began working and immediately saving for retirement through her company’s 401(k) plan. Her ex-husband was a few years older and worked as a video game tester and didn’t save, she said.

Initially she accepted his career path. “I didn’t have a lot of insight into finances at that point,” Patterson said. “As we started out, he was working, and we bought a house with a 15-year mortgage.”

She said vacations were a high priority for her but he never wanted to spend the money.

They agreed on not having kids, but Patterson said she was determined to secure her future financially and her ex-husband was unsure where he wanted to go in his career. “I didn’t mind supporting that for a while, but eventually it got old,” she said.

About three years after their purchase, they decided to divorce. Patterson was immediately on the alert, because at age 28, she had saved about a year’s salary in her 401(k) plan. “Texas is a community property state,” she said. “Everything, including retirement accounts, is split 50-50.”

She told her lawyer she didn’t want her husband touching her retirement savings. In return, she said, her ex got the house and the mortgage. The house value had shot up from its original price of $150,000 to about $250,000 now, she said.

If she ever decides to combine finances with someone, Patterson said, she’d have to be certain their long-term goals match up with hers. “That’s where that failed, I think,” she said. “I want to work hard and ambitiously now, so that when I’m in my 50s or 60s I don’t have to still be working hard.” 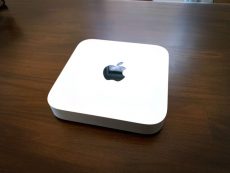