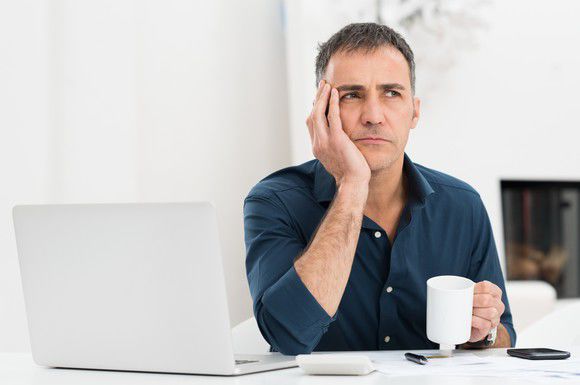 We repeatedly are told to prepare for retirement during our working years. But what if that milestone is quickly approaching and you’re nowhere near ready? If you’re anxious about retiring, you’re not alone, but rather than fear what lies ahead, you can take steps to be prepared financially. Here are a few ways to salvage your retirement if you’ve been grossly neglecting it thus far.

Maybe you didn’t start saving for retirement early on and are looking at a somewhat paltry savings balance. You wouldn’t be the only near-retiree with that conundrum — the median savings balance among households aged 56 to 61 is just $17,000. But if your savings look somewhat similar, or you’ve yet to start saving at all, it’s time to play catch-up — immediately.

The good news is that older workers get the option to contribute more to tax-advantaged retirement plans than younger workers, so if you’re 50 or over, you can put away up to $6,500 annually in an IRA and $24,500 in a 401(k). Of course, you’ll probably need to cut some of your present expenses to hit the latter limit, but if you’re willing to do so, you can catch-up on savings in a relatively short period of time.

For example, socking away $24,500 for 10 years will leave you with an ending balance of $338,000 if your investments generate an average annual 7% return, which is more than feasible if you invest much of your savings in stocks. And that, combined with your Social Security income, could make for a reasonably comfortable retirement.

If you just read the paragraph above, you’re probably thinking: “Great, I’ll just max out my 401(k) for 10 years and have $338,000 to use as I please.” Not so fast. One of the biggest mistakes retirees make is failing to account for taxes, and if you have a traditional 401(k), you’ll have no choice but to give the IRS a piece of your savings once you start taking withdrawals.

Remember, the money you contribute to a traditional 401(k) or IRA goes in tax-free, but in exchange for that immediate benefit, you pay taxes when you’re older. That said, if you prepare for those taxes and factor them into your retirement budget, you’ll avoid getting caught off-guard later on. (Incidentally, there’s also the option to convert some of your savings to a Roth account, which will allow you to take tax-free withdrawals as a senior. However, doing so means paying more taxes up front.)

3. Knock out your debt

The scary thing about retirement is living on a fixed income. If you enter that stage of life burdened with debt, you’ll have less flexibility in spending your money. That’s why it’s crucial to eliminate as much debt as possible before bringing your career to a close.

If you’re carrying a credit card balance, cut corners in your budget to free up cash and use that money to chip away at the outstanding balance. If you still owe money on your mortgage, try sneaking in a few extra payments each year to knock it out by the time you’re ready to call it quits. Entering retirement debt-free will make for a much less stressful existence down the line.

4. Be willing to work in a different capacity

Many folks associate retirement with not working at all. But if you change your outlook on working, you may discover that you’re a lot less financially stressed than expected. Rather than discount the possibility of earning money as a senior, think about the ways you can do so enjoyably. For example, maybe you’re an avid baker or enjoy caring for animals. There are a host of hobbies you could conceivably turn into a business, and once you do, you’ll benefit in two ways.

First, you’ll have extra money coming in, which will buy you more wiggle room in your budget. But just as importantly, the more time you spend earning money, the less of your savings you’ll have to spend to keep yourself occupied. Talk about a win-win.

If you’re worried about retirement, don’t just resign yourself to a financially shaky future. Instead, use the remainder of your working years to make smart decisions that serve you well in the long run. At the same time, embrace the idea of earning money in retirement, albeit on your own terms. Collectively, you’ll be doing your part to minimize your stress both now and in the future.

If you’re like most Americans, you’re a few years (or more) behind on your retirement savings. But a handful of little-known “Social Security secrets” could help ensure a boost in your retirement income. For example: one easy trick could pay you as much as $16,122 more… each year! Once you learn how to maximize your Social Security benefits, we think you could retire confidently with the peace of mind we’re all after. Simply click here to discover how to learn more about these strategies.